Parma ‐ Paris (France), 03 October 2011: Starting Monday, 03 October, the French Autolib project will officially kick off, with accessibility to the general public. To start off, a total of 66 BlueCars will be operating in the city of Paris from 33 open stations ‐ numbers which are destined to increase considerably before the end of 2012. The Autolib service will allow customers to hire an electric vehicle not‐stop at stations scattered throughout the city without need for any operators (24 hours a day, 7 days a week). Custom and its local partner Aures have participated in the project, providing printers for the KPM302 tickets that are integrated into self‐service car hire kiosks. The organisers chose Custom printers as they are extremely fast, reliable and high quality, ideal for unmanned applications. They are complete with an RFID antenna for remote ticket reading and Ethernet interface for remote control via web. The cars are 100% electric, have 4 seats and have been manufactured in Turin. They are equipped with all amenities such as a radio, on‐board computer with GPS, and with an autonomy of 250 km for an average recharging time of 4 hours. The vehicles will be constantly monitored to allow users to return them in a location other than that of their departure. For Custom, this marks another success in the capital on the other side of the Alps. The company has already provided printers for kiosks for the Velib bike rental project, which first took off over the whole of France and then became exported all over the world!!!

in the same category

Custom and Tomra - a story of success

VKP80III: Reverse Vending, the future of recycling starts with taking back empties

Custom and TransPark Systems Inc. - a story of success 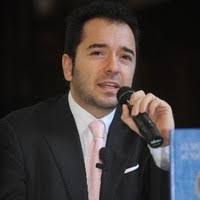 On the front page

Custom once again awarded by Deloitte

For the third year in a row Custom is among the winning companies of the “Best Managed Companies” Award, promoted by Deloitte Private to support and reward Italian excellent companies.